Uganda Bible Institute has five programs and has trained and sent out 430 leaders who are serving in churches, schools and Christian organizations and ministries. Johnson Twinomujuni is principal and asks prayer for the process of classifying the institute, the next step after a license which they received in 2008. The number of students is growing and they need more space to accommodate them, pray for God’s provision. 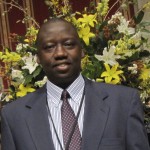 Austin is currently on home leave in Memphis. Pray that he will be refreshed and rejuvenated as he meets with supporters and catches up with friends and family.  Pray that he will be able to nurture some key relationships with ministries and recruit staff and new CCP groups for CO Brazil. 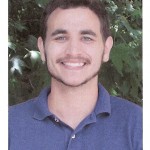 Valery and Janna report that more people are interested in Bible translation and doors are opening to new opportunities to reach languages groups in the former Soviet Union. Wycliffe has become a special light to the Russian church, encouraging it to engage in foreign missions with 14 nationalities represented among members, candidates, and staff. Currently there are 40 missionaries actively involved in 33 Bible translation projects in Africa, Asia, and countries of the former Soviet Union. Pray for even more workers in His harvest field. 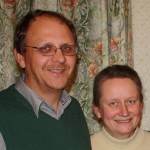 Jackie had the privilege of helping lead a two-day journalist training for eight national workers enabling her to begin ongoing mentoring relationships with them, and provide great Indonesian tutors. Pray for her flexibility in utilizing opportunities to learn more about her city and the people in it while establishing times of daily dependence on the Lord. Pray she will begin to get to know women who have not yet heard about the Lord and develop friendships that lead to opportunities to share her faith.

Pray for Lizzie L. as her calling is confirmed to join the team of twelve in South Central Asia, with the opportunity to utilize her public health and health education training. There is also another single woman joining the team and she and Lizzie can go to pre-field training camp together and on to Language School around the same time. Pray for good response in raising her support as she shares the opportunities ahead for her.

Tim and Huilan ask prayer for resolution of a problem with the rental of their US house. Pray for Huilan’s continued training in a curriculum equipping her to coach the wives of church planters, and for travel mercies for Tim as he will spend much of the next month in the US for meetings and a PhD class. Two new units will be added to their team. Pray all goes smoothly in team unification.

Herb reports that after 300 days at Annoor hospital, Miss A was given a ‘vacation’ at home. Pray the Gospel will transform her family as they realize what it means to provide full time care similar to what she received at Annoor. Pray for more patients as there are still many empty beds. The Ras An Naqab clinic celebrates 25 years of ministry, and although they are short staffed, every day they are open is a miracle. Pray for the work and ministry of both the clinic and the hospital.

Pray for Dan and Stefanie, as they conclude their service with World Outreach, close their business in India, and transition back to life in the United States. Pray for their transition back which is often more difficult than the adjustment to life overseas because it is much more subtle and unexpected. Pray their four daughters as they adjust to new school arrangements and friends. Pray for God to give them His grace in transition.

Pray for Daryl Bussert as he deals with duties as department manager for JAARS and prepares schedules and details for upcoming trips to Kenya, Peru, and Indonesia. Pray he and Marlene were able to have a little time away to not only catch up physically but take care of neglected tasks at home.

Scott and Tina Lawrence are excited their new eye clinic and training center in Addis Ababa is open. The team of four ophthalmologists, two optometrists, and four nurses are committed to demonstrate compassion to every patient. The new space allows them to care for 6-8 times as many patients as before. They ask prayer for continued peace and reconciliation throughout the country, and for guidance in developing greater outreach projects among the poor of the area. 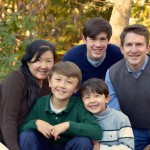